Year 9 student Finau Fulivai's young age didn't deter him from entering this week's Musicworks 2015 Drum Off in Auckland.  Finau took his A-game to the competition, drumming his way to first place against some vastly experienced musicians.

Entrants in the competition had to bash, crash, flam and slam their best three-minute solo.  Finau's performance won him $1,000 worth of Musicworks vouchers and a drum re-skin.

Finau has a huge musical future ahead of him.  You can see him in action at the recent Stand Up Stand Out competition here. 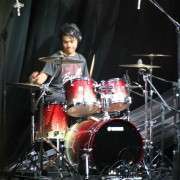 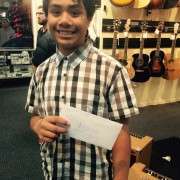