A change in tack saw this year's volleyball teams mix players of differing abilities (rather than the stronger, more experienced players heading the A team).  Head of Sport, Ms Melina Martene, believes the increased game time in two even zones teams that had to constantly work hard gave each player the added court experience and exposure to pressure situations.

At the Auckland champs, Gail Taumafai was named Most Valuable Player.  Josie Peteli and Zebalda Aiono were selected for the tournament team (top 12 players in the tournament) and Carnation Fahamokia was also chosen along with these girls for the Auckland team which will play at the upcoming inter province tournament.

Uati Aso and Tala Potifara were chosen for the boys tournament team and Wanyae Suafo'a chosen for the Auckland team. However these boys along with Peter Leanna Nanai and Henry Ape have also been chosen for the Counties team so they have a decision to make!

Nico Ngwun and Maggie Silva have coached this season and Ms Martene says "they have both done amazing jobs with the girls. This is by far the most consistent and balanced girls team we have had for quite some time and both Nico and Maggie's guidance and development will ensure the group continues to improve heading into the North Island champs.  Special thanks to girls Coach Nico Ngwun for his continual support, time and efforts. Kevin Kelsall for coaching the boys, Mua Tuumaialu, Aukuso Taumafai and Pepa Ligaliga for their support, last but not least boys manager Miss Hunter."

Both teams will train hard this week in preparation for next week's North Island champs, to be held in Tauranga from 25-29 November. 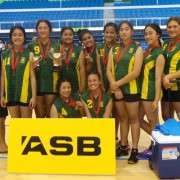 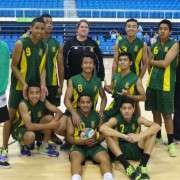