MaerdNZ's album 'Chase It' has been announced the Rockshop Album of the Year.

MaerdNZ is a record label managed by students at Manurewa High School participating in The Lion Foundation's Young Enterprise Scheme.

The Play It Strange Charitable Trust will visit Manurewa High School to present MaerdNZ with their trophy sometime soon...well done to all students and staff involved. 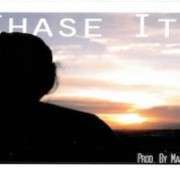