During Week 5 we were visited by the Code Avengers Team. Sixty of our year 9 and 10 students signed up and took part in a three-day boot camp. The camp is a taster to the world of coding and is aimed at encouraging kids to get involved, learn skills and develop a real interest. During the camp, students were put to the test and asked to design and develop a basic website about an area of personal interest.

MH Students joined up for various reasons. Nikita Flint in 10KFD was inspired by a coding course she did in Year 9 and wanted to build on these skills while Daniel Aviga had tried learning coding from a book but finding it difficult thought Code Avengers would be a perfect next-step. Ka pai Daniel!

Pleasingly students are now more aware of the benefits that skills in coding can bring. Illaisaane in 10KAW explained that the camp has made her realise “how many opportunities coding can open up for you”. Knowing skills such as these is important as we move further into a future of computers and robotics explained Jaturong in 09POA.

So where to next? I spoke with Ryan Walmsley, one of the Code Avenger developers; he told me that all students who took part in the camp will have access to the Code Avengers website for up to 3 months so they can continue with their projects. For students who weren’t present at this camp his advice was to still give it a go. Coding can be applied in a wide range of places meaning lots of opportunities. So if you are keen, get in touch with them and look out for courses here at MH in the future.

By Mr Silk (eLearning Coordinator). For more information on the work of Code Avengers visit www.codeavengers.com. 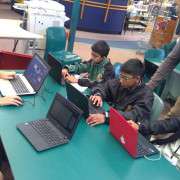 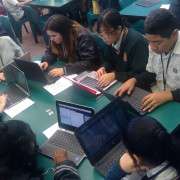