This year's hugely successful school production 'Disco Inferno' is up for 4 awards in the Showdown 2013 performing arts awards.

Showdown is the Auckland Secondary School's production competition.  A judging team, all experienced theatre practitioners, watch school productions all over the city and then release their lists of nominees in 24 categories – performance, technical and production; musical and drama.  Manurewa High School has received nominations in the following categories:

Up for grabs is an AMI Showdown Scholarship to assist a senior secondary student to study performing arts the next year.

The Showdown 2013 awards night will be held on Wednesday 6th November at SkyCity Theatre. 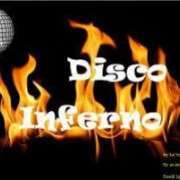