The team made the final in the Chiefs Cup, then won the Counties Manukau Championship beating Wesley for the second year in a row.

On 26 September the boys boarded a plane for a seven day rugby trip to Australia. St Edmunds toured earlier in the year to New Zealand, and were keen for us to come and play them in Australia so Manurewa High took up the challenge and headed over.

It was a tough ask for the team - 3 games in 4 days, which raised slight concerns if any players were injured.

On Friday 28 th the team had their first game against Daramalan College, a co-ed private school. The game was played in good spirit but in awful weather conditions with thunder, lightning and heavy rain. After Daramalan College scored first and gained a 7-0 lead, our boys stepped into gear and won the game 52-7.

Saturday was a huge game against the ACT Brumbies u17 side as a warm up for their tournament in Brisbane.  It was the game Management and players wanted to win. The weather was cold, with snow falling on the hills and hail falling at the game. It was a tough game and both sides were even, with some great rugby played and friendships formed. Manurewa won the game 30-20.

On their day off the boys went to the AIS for a tour, and then enjoyed shopping in Canberra City.  The management were just relieved the team had escaped serious injury in the two previous days.

On Monday 1 Oct the team played St Edmunds (Eddies) and once again played in good spirits with the game more mate against mate, which showed in the rugby from our boys.  But despite the mateship, Manurewa once again prevailed and won 30-12.

A great time was had by all, the team came away with 3 wins out of 3 games, and friendships were developed which will last a lifetime.  Manager Nigel Lowe reported the boys were a hit with the girls and their host families!

Special thanks to all who supported the boys financially, and also to family and friends for their support. 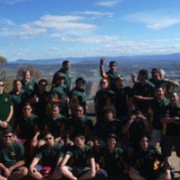