Congratulations to John Chen who was awarded a New Zealand Youth Award on Tuesday 11 April at the 2017 awards ceremony held at Parliament.

John was the third youngest recipient of an award this year. Here's why he was chosen:

John is a high-achieving Year 11 student, and has a long list of contributions to his community. Any successes or opportunities he has had, and there are many, he always sees as a way to give back to the community that has raised him.

John says his awareness of the importance of giving back was instilled after he had an opportunity in Year 7 to participate in the Asia Pacific Children´s Convention, which took him Japan. He was then selected for a Sir Peter Blake Trust youth leadership award. These opportunities developed his understanding of how he could contribute the skills and knowledge gained, not only for his own success, but for the success of others.

Fast forward to Year 9 at Manurewa High School and John signs up for the Future Problemsolving Challenge with three team mates. They commit to this demanding programme over the course of three terms, and make it to the national final. They come second, and are given the opportunity to compete at the international Future Problem Solving Champs in Michigan, where they finish 14th.

As Year 10 students, John and his team are determined to do better. This time they win the nationals. Now they have a goal to go even further at the next international event, taking place in Wisconsin in June.

John and his FPS team mates visit their old primary schools to inspire the next generation with their FPS story. They run workshops within our school to share the problemsolving skills they have learned. They give presentations in business settings, to support fundraising, and to help address perceptions of what a student from Manurewa High School is capable of achieving.

As a Future Problem Solving National Champion, John sends a big message to New Zealanders who see South Aucklanders as low achieving. By committing time to speak to students within our school and beyond, he is raising academic expectations in our community.

Board of Trustees Representative

In addition to the demands of FPS, John was the student representative of the Board of Trustees in 2016. Our Principal, Pete Jones, says he demonstrated the maturity and wisdom of an adult.

John says the experience gave him an appreciation for the depth of processes involved, when any change is proposed. He also valued the opportunity to be part of the student selection committee for the appointments of a new Principal and Deputy Principal.

While serving as the Student Representative on the Board of Trustees, John is proud of the achievement of a uniform change. He had run a survey of students to understand their needs, and put a proposal to the board for changes that would enable girls to wear shorts, boys to be able to wear cultural skirts, and for all students to be able to wear non-regulation socks. Choice and affordability are two big concerns that have been addressed by the board-approved changes.

Service-based leadership is the model of leadership within our school. Any student can apply to be a member of a leadership council – in areas that they are passionate about. For John, that is Community. A focus project for the Community Council is the World Vision 48 Hour famine, and he is promoting involvement across the school. John believes World Vision is important for raising awareness of issues that need to be conveyed widely in the community, that there are people in the world who are not as fortunate, and go through hardships.

Outside of school, John has served on the Manurewa Youth Council (MYC) since 2016, and accepted the role of Treasurer, even though up until then, he had not known how to manage finances or prepare reports.

Some of the MYC initiatives he has been involved in include organising a Young Leader conference focused on intermediate school students. They also initiated a community consultation project, to brainstorm issues facing youth, and possible solutions. This year he has also helped to organise a Young Leaders breakfast, to keep the conversation going. He has also been part of projects like mural painting at the Manurewa Marae, and building shelters for the homeless

His work on the MYC has helped to create stronger connections with youth in the community, and for community leaders to access feedback on youth issues. A quick survey path established through a Facebook page ensures that this consultation and connection is not a one-off. The current issues they have identified are abuse, education and the environment.

John is concerned that the voices of youth are not heard loudly enough by decisionmakers in the community and nationally. He is proud of the solutions delivered through MYC to grow youth leadership participation in the Manurewa Community. 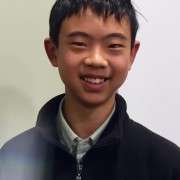