It was with much sadness today that we learned of the passing of past-principal Mr Colin Browne.

Mr Browne was in good health until very recently.  He died aged 94.

Our condolences go to Mr Browne's family and friends.  He was a wonderful man who did many great things for the students of Manurewa High School. 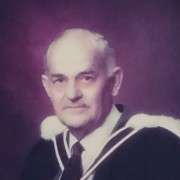