Lawyer Mai Chen and her Dad, Prof Peter Chen, shared a straight-up talk about success when they visited us recently.

They reckon that our students are ahead of the game because they have learned to be adaptable.

When Mai came to live in New Zealand as a child, she said it wasn't easy being discriminated against because of her ethnicity. But she learned to use her struggles to her advantage.

Mai became a lawyer and set up a firm with former Prime Minister Geoffrey Palmer. She has also supported causes that help women and people of diversity. #myidentity is a new campaign she has set in motion, after being concerned about events in the world such as Brexit in the United Kingdom and the election of Donald Trump in the United States. She hopes it will help people to get beyond stereotypes and be more curious about each other.

Some of our students talked about it in the Manukau Courier:

Mai's Dad has coached Olympic gymnastic teams for Taiwan and New Zealand. He and Mai's mum, Jean, were both world-class athletes. But Mai says they didn't want her to be an athlete, they wanted her to have a profession.

"My Dad wouldn't coach me in gymnastics. But now he coaches me in life." 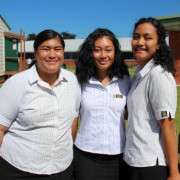 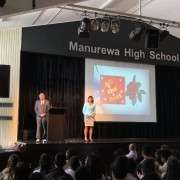