The 'Sink or Swim Experiment' was a pilot activity put on by Manukau Beautification Trust which developed collaboration between a secondary school and a local company. Our partner was Aeroqual.

The experiment began with a planning day in May. Students then worked on their projects for over two months, and presented their work at an expo at Vodafone Events Centre on 2 August. We were thrilled that both our groups won the top awards, and afterwards got to enjoy a rafting experience at Wero.

This team entered the extractor fan experiment where we were answering an experimental problem based on our mould study from 2015.

A solution to wet bathrooms was designed which could involve humidity sensors and timers on extractor fans so people could allow their fans to run after they had left the house and they would turn off when no longer needed. The product had to be sustainable and be enhancing the built and living environment.  The boys built the casing and designed the fan blades and frame for 3D printing but couldn't quite get those printed prior to expo delivery 2nd August. They used the design thinking model of design - Empathise, Define, Ideate, Prototype and Test. They made it to mid prototype stage, with some additional support from alumni Daniel Burgess, who is a design engineer for Methven.

The students say the project has helped them to understand future possible jobs, and skills they might need.

The next step is to enter the prototype into the Transpower Awards.

Our partner school, Rongomai Primary STEM class, wanted to compete against us in a befuddled experiment in which we measured the carbon dioxide in a room and used various methods to decrease the levels.

"Carbon dioxide makes you dizzy, less focused, tired, bored, and feeling sleepy. It's not good in the classroom," the students report.

The solutions tests were:

The Year 10 team won this competition, with the highest levels of carbon dioxide reduction. They captured nearly 21,000 pieces of data which included different temperatures, numbers of people in the room, activity levels and open and closed windows.

In order to limit the variance, we averaged the data overnight (no people, no disruption) for the three systems and compared them to the original baseline data also averaged overnight. 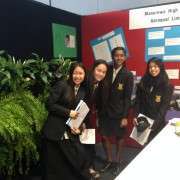 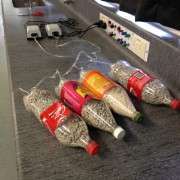 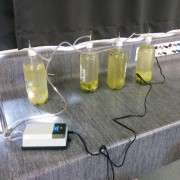 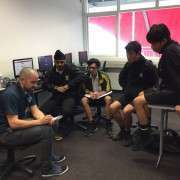 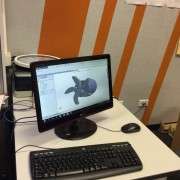 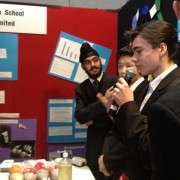