It was another successful year at the Street Dance New Zealand Mega School competition in the first-term holidays.

Our team of 37 dancers, the ‘Rewa All Stars’, led by Matthew Pule’anga and Gloria Papali’i, spent hours and hours choreographing, rehearsing and piecing together a routine for the competition.

This year’s theme was ‘Stars In Their Eyes’, highlighting some of their favourite Pop Icons who have passed like Whitney Houston, Bob Marley and Michael Jackson.

Our team represented our school to the very best and demonstrated the REWA way both on stage and off. It came second out of 14 schools and was awarded the Most Original Performance.

We must also acknowledge our students who competed in the Varsity, Adults and Mega Crew divisions with their respective crews:

Thank you to everyone who supported and helped our team. We appreciate it! 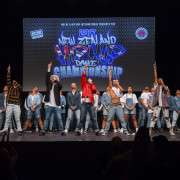 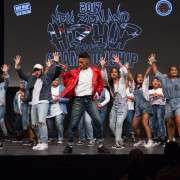