Our female vocalists, REWAKEN had the pleasure of performing at this event in honour of Queen Salote. Students had opportunity to collaborate with a group of professionals, some of whom had performed with Queen Salote. Special memories have been made by being able to perform with their choir teacher Mr Vuna and having a photograph taken with the Princess of Tonga. Congratulations to Fetufa’asinoala Fa’aleaoga, Elizabeth Filimoehala, Ashlee Hokafona, Mere Palahame, Rosie Roache, Praise Vuna and Mr Sola Vuna. You all look happy, confident and proud. Ex-student Sonatane Kaufusi is still out there doing what he loves - performing. Sonatane was nominated back in April in TWO categories for the Vodafone Pacific Music Awards, up against some big names in NZ Music. To be nominated was impressive alone coupled with the fact that the nomination was off the back of work he wrote and produced in Year 12 as a 17 year old, the catchy number, Birdie. Unfortunately Sonatane did not receive an award in the finals but he is still a winner in our eyes! Check out the video of a pre-awards performance on The Project in the link 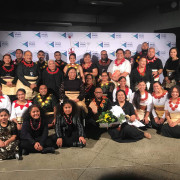 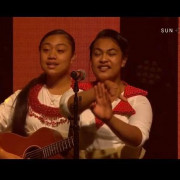 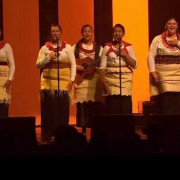