Fa’afetai lava mo le lagolagoina o le vaiaso o le Gagana Samoa. Thank you very much for your support and participation in the Samoan language week. Our Te Hurihanga programme over the last two weeks has focussed on reconnecting, Hauora and celebrating Samoan Language Week, whilst still supporting those who have wanted to continue learning from home. We believe this cautious, staggered return to school has been the right thing to do under the circumstances. The Government announced on Monday that we will stay in Level 2 until at least 22nd June.

Report by Mel Martene
On the last week of Term 3 we took 15 paddlers to compete on Australia's Sunshine Coast at the annual Gubbi Gubbi Festival. For all but 6 - it was their first tour, for many, it was their first time out of New Zealand.
The tour proved to meet its objectives by giving the younger paddlers exposure and experience, whilst allowing the Year 13s that had paddled for MHS since Year 9 an opportunity to go out with some medals around their necks after a long winter preparation and years of dedication to the sport and our school.
Day 1 was tough with a few controversial disqualifications, a capsize and high emotions. The team was mentally drained and physically battered by the heat, but had the resilience to step up on Days 2 and 3. Their ability to do that impressed me as a coach more than anything else.
It was a humbling and satisfying tour for us as a management team, everything you would like your team to do as a coach / manager was superseded by this group of exceptional people both on the water and off. They held themselves accountable at all times, adjusted when necessary, showed humility and dignity to both their opposition and each other, and when their backs were firmly up against it, they found more with no qualms.
Full credit to the paddlers - a team's success isn’t determined by the coach; it's determined by the team themselves. They taught me things every session, they were a privilege to work with and I’m grateful for the opportunity.
The team came home with:
Thank you to the parents, supporters both in New Zealand and Australia, our amazing school, our sponsors and most importantly the paddlers themselves for making this another successful tour for MHS Waka Ama.
2018 - Onwards and upwards.
The team was:
Reneeah Ngawaka
Jonelle Gray
Carmel Nickel
Teia Mohammed
Paris Daley
Kiara Pei
Katie Lowry
Andre Faalelelei Dre Gago
Paschal Koteka
Sean Maireroa
Kea Hekau
Joshua Simpson
Osai Langi
Austin Graham
Leli Kaifoto 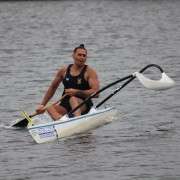 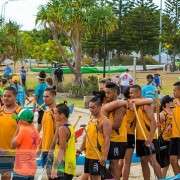 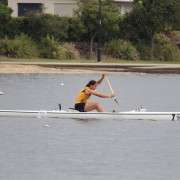 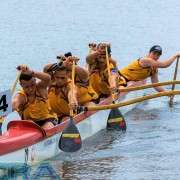 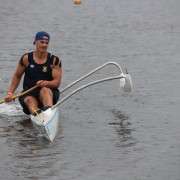 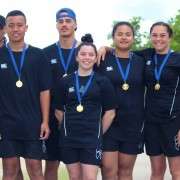