Te Ara o Tawhaki is an educational framework to guide and support ideologies, systems and processes applied within our Manurewa High School context.

The title of this educational framework pays homage to our mana whenua - Tainui Waikato - and their ancestor, Tawhaki. According to ancient tradition, Tawhaki is the supernatural inhabitant who climbed the aka vine to ascend the heavens and receive the three baskets of knowledge. The three baskets, which Tawhaki returned to earth with, remain commonly known today as Nga Kete o te Waananga.

This puurakau (story) establishes a preface for metaphorical comparison between Tawhaki and the journey or pathway of learners at Manurewa High School. We believe that when our student’s baskets of knowledge are full, they will be prepared to self-determine and pursue their own pathway for success beyond school.

Drawing on inspiration from Sir Mason Durie and Maxine Hemi, Te Ara o Tawhaki is visually depicted through the image of a whare (house). The whare visual is delineated into sections, similar to the structural components of a house.

Beyond the Hauora foundation, sits our school Kawa (standards and protocols) and Be The Manurewa Way; our school values of respect, excellence, whaanaungatanga and akoranga.

Moving upwards, there are four aka vines (as opposed to pillars) which make visual connection to Tawhaki’s ascent to heaven. These four vines represent Waananga and Ako, which embody concepts such as curriculum design and teaching and learning, Tangatawhenuatanga and the cultural knowledge of Manurewa, Tainui-Waikato and Aotearoa and the 21st century skills required to flourish in an ever-changing digital world.

Beyond the aka vines sits our Learner Profile and Nga Kete o Te Wanaanga. The three baskets of knowledge reflect the capabilities we believe learners should acquire to successfully transition beyond school and into further study, training and/employment.

The roof and apex of our whare draws together our ethos for all learners; to be happy, proud and confident, to have tino rangatiratanga (self-determination) and to exemplify our school vision to “Piki atu ki te rangi” (Aim High, Strive for Excellence. 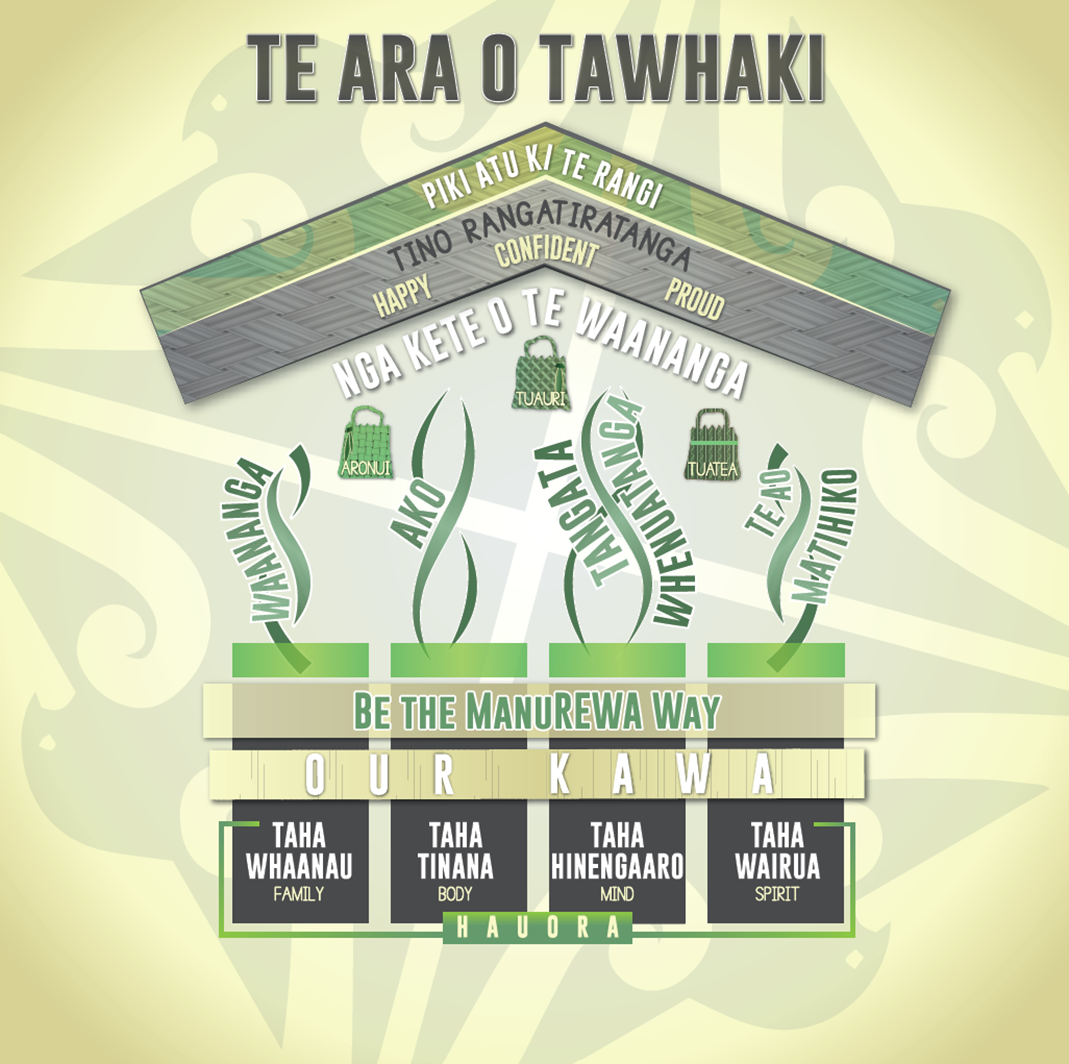 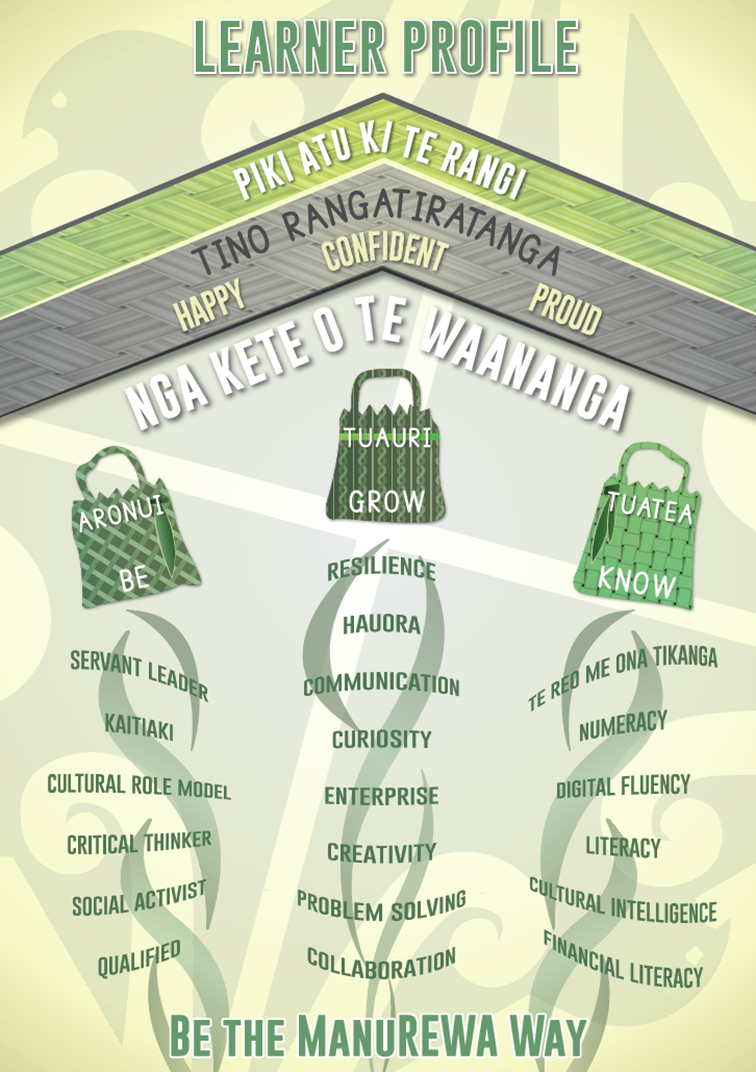