Catching up with ... Peter Cleave

Peter has given lifelong service in various fields of New Zealand education, the arts, sports and community groups.

Peter has a breathtaking CV that identifies he is: a Rhodes Scholar, multilingual in English, Japanese and Maori, multi-talented in both sports and arts, and one of New Zealand's leading anthropologists and communicators.

Peter has written 20 books, including a recently published ethnography of St Stephen's School. He played rugby against teams from St Stephens as a member of the 1st XV from 1961-65. He then taught at St Stephens in the early 1970s. The book is a reproduction of his Masters thesis on the school. It comes with photographs and is one of the few books of its kind about education in New Zealand in the 1970s. (It's available from Wheelers Books, Academy Books and other Library Suppliers and is published by Campus Press ISBN 978-1-877229-57-2.)

The things he liked at school, such as rugby and the theatre. "MHS was a great place for me as you could do lots of different things and the teachers let you express yourself. Passions I have developed since leaving school include Te Reo Maori and writing."

Reconnecting with MHS through:

Regular support of student projects, especially in the arts and music. 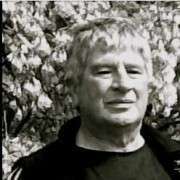